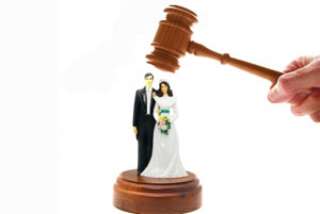 The original article can found HERE

This blog addresses five of the common myths or misunderstandings about family law that I have frequently encountered in my practice.

These family law misconceptions demonstrate the importance of understanding the complex world of family law in order to avoid serious mistakes or oversights that could jeopardize the outcome of a family law case.

1. Filing a petition for dissolution/divorce or legal separation automatically means you are separated from your spouse

This is absolutely incorrect. There are many forms of domestic violence. The most brutal form is often physical violence by one person against the other. However, domestic violence also includes harassment, stalking, emotional abuse, threats of violence, and other circumstances that may cause someone to reasonably fear for his or her safety.

3. Living together without getting married means that you will not have any financial obligations to your cohabitant

This common misconception can lead very successful people into serious financial liability. Many states recognize common-law marriage. Other states, such as California, do not have laws in place allowing for formation of a common-law marriage. However, there are circumstances where California will recognize a common-law marriage formed under the laws of another state by people who later moved to California. In turn, California provides adult cohabitants with the right to a breach of a contract claim based upon their conduct in a cohabitation-type relationship (known as a Marvin v. Marvin or “palimony”claim). To protect against any such potential liability, it is vital that anyone in a long-term cohabitation relationship who needs to protect his or her assets or income should consider a cohabitation agreement.

4. My spouse will have to pay all of my attorney’s fees and costs because he or she has significant assets or income

Many states have laws in place which require one party to financially contribute to the other party’s attorney’s fees and costs in order to “level the playing field” to provide access to legal representation to both parties. However, many states do not intend for the spouse with the higher amount of income or assets to be “writing a blank check” to the other spouse’s attorney. In California, the state legislature has implemented specific language to indicate that the attorney’s fees sought to be paid by the spouse must be “reasonable.”

This concept is absolutely incorrect. Any provisions in premarital agreements which affect the court’s ability to make orders regarding child custody are void as a matter of public policy. The same goes for any provisions in a prenuptial agreement which abridge the court’s ability to make orders regarding child support. If the premarital agreement does not contain a “severability clause,” which allows for any unenforceable provisions to be extracted from the agreement, leaving the remaining parts enforceable, then the entire agreement could possibly be voided and set aside for including such improper provisions.

If you are facing any of the family law issues identified above, then you must consult with an experienced family law attorney in your area.